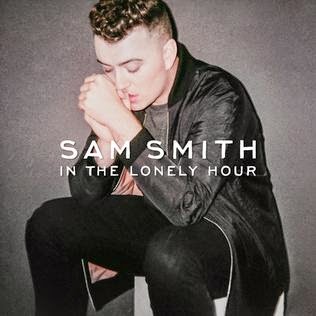 To be honest with you I'm fairly certain that Sam Smith is Adele in reverse drag and no one can convince me otherwise because there's NO way. Where the heck has she been and where TF did he come from?!? It's like they tagged out in some arbitrary musical cage match and beat the hell out of every bit of competition they had. Where was the concern for the well being of mankind when they had this meeting and decided to snatch the everlasting musical souls out of the entire EARTH from the UK?!? It's downright disrespectful that the two of them can just double dutch in and out of our lives with zero remorse. I'm upset. I'm slain in the spirit because it's so wonderfully terrifying, but yet and still, I'm upset. And this is Sam Smith's debut. Imagine when he tags Adele back in for "25" then she hops TF back out for "In The Slaying Hour...Part Deux"?!? There will be ne'er a hair left upon any edge in the world.

Check out this track-by-track review of "In The Lonely Hour":

1. "Money On My Mind"
This track is an upbeat, dance track that showcases his vocals whereas club tracks tend to focus on mass appeal in lieu of vocal quality. I want to dance around to this song and attempt his runs so kudos! He's accomplished a feat that many an artist fail at repeatedly.

2. "Good Thing"
"Good Things" is the true beginning of what to expect from "In The Slaying Hour". It begins with the playing of strings followed by a muted guitar line that sound like tear drops. Yes. Dramatic but well played. When his vocals begin?

3. "Stay With Me"
Who hasn't heard Sam Smith's "Stay With Me"? This is like THEE record of 2014. How can you top this song? It's rightfully up for 3 Grammys and I suspect he'll win at least one of them.

I will. Stay with you your whole career.

4. "Leave Your Lover"
I don't have much to give, but I don't care for gold/What use is money, when you need someone to hold?/Don't have direction, I'm just rolling down this road/Waiting for you to bring me in from out the cold. He went from begging you to stay for more than one night to begging you to stay AND leave your lover as well. He's asking for way too much. His vocals slay but I'm like sir...

But then the fact that he is saying HIM proudly like you better dance your ass outside that closet sir. YAAASSSSSSSSS!

5. "I'm Not The Only One"
You say I'm crazy, because you don't think I know what you've done. This track is alllll emotions. He takes us through disappointment, sadness, then outright anger. Who hasn't experienced that before??? The violins in the background are so sharp they almost hurt. Just amazing. I almost shed a thug tear...

6. "I've Told You Now"
Why would Sam Smith even slay us with his vocals like that?!? I think I fainted inside from the sheer magnitude of the force exerted by his vocal prowess. Then he has thee audacity to growl What the hell and ask the timeless question WHY?

7. "Like I Can"
If this doesn't give me all of the "Rolling In The Deep" tease and further solidify in my mind that Sam Smith is really Adele then I don't know what could ever. Either way I'm slain in the spirit of SAMSUS!

8. "Life Support"
This track is an earth shattering, emotional tale, of spinning out of control due to a failed relationship. Haven't we all been there?! Then to have the song's breakdown mirror his? Like why would he ever do this to me?!?

9. "Not In That Way"
The plight of an unrequited love continues as he finally admits all of the feelings that he has been feeling. And I hate to say I love you/When it's so hard for me/And I hate to say I want you/When you make it so clear/You don't want me That takes guts. And these guitar chords are giving me the late Otis Redding's "I've Been Loving You Too Long" tease, the lost files. I think someone has been in Otis's vault...

10. "Lay Me Down"
Alll of the emotional turmoil Sam Smith has been experiencing is dismantled. I'm AMAZED at the layers I'm hearing. Let's begin with this Broadway segue. This is the most theatrical moment of the album. As if that's not enough let's throw in the Frank Sinatra-esque strings, military inspired drumming, AND the vocal acrobatics of the late great fairy SLAYmother Whitney Houston.

Well...maybe just inspired by her...
11. "Restart"
I don't know if his heart is what's been "restarted" but he is officially done with being down in the dumps. The wallowing is over and he brings us the seemingly follow up to "Lay Me Down". That's right! Shake it off!

12. "Latch"
Maybe not because along comes "Latch"and he is singing as though his heart is being ripped out of his chest. It's so sad yet beautiful. What happened? I thought we were happy?

13. " La La La"
This was originally written for Emeli Sande who is EV-VERY-FUCKING-THING, you hear me??? So I can understand why it doesn't exactly mesh with the vibe of "In The Lonely Hour" but the execution is flawless. I'm sure Emeli Sande would have obliterated it though.

14. "Make It To Me"
Here we are, full circle, and without a doubt emotionally invested in Sam Smith's musical meltdown. Although he ends the album on a carefree note, we really want to know what will happen next. Bruh...he Taylor Swifted us.

If you know me then you know that I am a huge proponent of standing on your own talents and not padding your album with a million and one features who carry your project. Sam Smith (I always feel like you have to say his whole name lol) has not one damn feature. NOT A ONE. And he still knocked the chart's muffin cap back blue. What kind of foreign ass slayyyage?!? I'm here for it. So yes, I have been listening to this album and it deserved a review eons ago. Here you are. You're welcome. Now go buy it if you haven't because you are surely missing out on Mr. Adele. Hats off for receiving five Grammy nods: Best Pop Vocal Album, Record of the Year, Best Pop Solo Performance, Best New Artist, and Song of the Year. Well deserved!