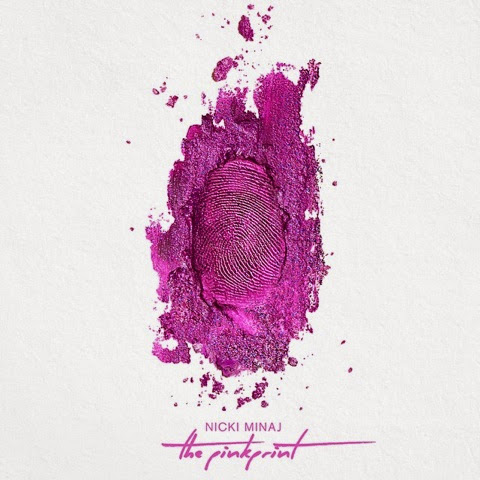 The moment we've all been waiting for has finally arrived! EMPRESS Onika Maraj AKA Nicki Minaj has released her latest PINKstallation following her 2012 project "Pink Friday: Roman Reloaded" entitled "The Pinkprint". This newest edition to the PINK family is without a doubt her REALEST release. It's filled with emotion, passion, and the very essence of Onika. We've waited two years for this milestone in hip hop history and she didn't disappoint.

Check out this track-by-track review of "The Pinkprint":

Yeah we did it, let's leave this imprint/Just finished writing, this is the Pinkprint Raw, real, and honest. Wow. We just got a glimpse of mixtape Nicki. She's evolved but she still has the same sick flow.

2. "I Lied"
Onika just gon sleigh me with her vocals this whole damn album, huh?!? Like WHAT IS AIR?!? Even though I said I didn't love you I lied I lied/Even though I said I didn't need you I lied I lied/To keep you from breaking my heart, ooh/To keep you from breaking my heart, ooh. This song is the truth. Who can't relate to this? Whether it's a relationship or even a friendship? Got me all like

3. "The Crying Game"
This song is just...perfect...ugh. Onika, Jessie Ware, just ugh. The lyrics, the instrumental, the every damn thing. I can't find a single flaw in this track.

4. "Get On Your Knees" (Feat. Ariana Grande)
I think I was most excited for this song once the tracklist was unveiled. I love me some QUEEN Ari! Any track that has Onika's flow and Ari's flawless vocals I'm here for. IDGAF if they were singing and rapping about sandwiches. I'm in my happy place.

5. "Feeling Myself" (Feat. Beyoncé)
EMPRESS Onika and KING Bey together again?!? YAAASSSSSS! I prepared myself for the "***Flawless (remix)" slayyyage and sure enough Yonce is still prominent in the musical spirit of KING Bey. Onika is always a provider in my melodic vitality.

6. "Only" (Feat. Drake, Lil Wayne, & Chris Brown)
I reviewed this single when it was first released [review] and I have to say that I love the song even more now than I did before. Onika is giving me BARZ for dayssss, Aubrey is begging in true light skinned fashion, and Wayne's verse is so stupid it's hilarious. Chris Brown is the icing on the cake. I loooove this song so much!

7. "Want Some More"
Jeremih is giving me allllll of the 2 Chainz tease right now and I am LIVING! 2 Chainz really brings the ratch out of me. Ain't got nothing for me, these dudes is funny/That's why I'm throwing shade like it's sunny/ Who had Eminem on the first album?/Who had Kanye saying "She a problem"? I'm over here doin the most.

8. "Four Door Aventador"
This cadence is life. Matter of fact it's the afterlife because I'm deceased by the pure genius of the musical combinations. The versatility that is the EMPRESS, though...this shit just vibes.

9. "Favorite" (Feat. Jeremih)
Jeremih better get these damn cameos in! I just want somebody to be my favorite too. Bruh. I ain't ever got a bae. Probably because these lyrics are so me...I don't wanna hype ya/But you a lucky nigga if my mean ass like ya

10. "Buy A Heart" (Feat. Meek Mill)
So this song goes. I'm not gonna lie but I'm not here for Meek Mill. And I'm lowkey offended that he and Nic are supposedly dating so my opinion is completely skewed and biased due to jealousy. I am woman enough to admit that. And get rid of anyone who stands in my way.

12. "Anaconda"
I expected "Anaconda" to be playful because the original track was. What was Sir Mix A Lot really saying in that track? A bunch of nothing but we ate that shit up. I take this song completely at face value. Let Onika live DAMN!

The song is carefree and fun but the message of the lyrics really tell you not to sweat the small shit...life is short. I felt lowkey on my Beyoncé like Stop making a big deal out of the little things/Cause I got big deals and I got little things Onika hit us with the I never worry, life is a journey/I just wanna enjoy the ride/What is the hurry? It's pretty early/It's ok, we'll take our time
14. "Pills and Potions"
Me, personally, the lyrics of "Pills n' Potions" are what clinch it for me. I loved it so much it actually got two reviews out of me! It's relatable on so many levels and honestly we really do overdose emotionally when we get caught up in relationships. So I understood the metaphor. The video I didn't get lol but I guess you had to be high to join her in Wonderland.

15. "Bed of Lies" (Feat. Skylar Grey)
This single was even more passionate than "Pills n' Potions" and that is saying so much. I don't even think my [review] gave the credit that was due. This track has bars, emotion, passion, truth, and a feature that was executed perfectly. Yep that's the word: PERFECTION.

16. "Grand Piano"
*faints* OMG. *dies* ONIKA BITCH YOU BETTER TF SANG! This has truly made my day. Like for real, for real. It's so beautiful. Why would you ever do this to me?!? I'm in love.

17. "Big Daddy" (Feat. Meek Mill)
Look. I'm still not quite here for Meek Mill. Like whyyyyy are you here again?!? He was unnecessary to boot. Especially those ad libs. Onika should've done away with this feature because she kills her spot. And I know Meek was over there like

18. "Shanghai"
Sooo this is like the 15th track where Onika has referenced Jay and Bey. Ask Jay who he married, 80 thousand in Paris/Stadiums with Queen B and that selfie, got them aggy I'm starting to think she has a girl crush going with Bey...which I'm totally ok with. I mean I'm over here like

At any rate, I love the song. So keep being ghey Onika.

19. "Win Again"
I looooove this song! Like it's everything. She truly has won, again. Not that I don't got good vision/But I don't see competition/They want me to come and help them/But I am not a magician.

Where the independent women at? And the symbolism with this song title though! The Mona Lisa is known as  "the best known, the most visited, the most written about, the most sung about, the most parodied work of art in the world". And Onika is the best.

21. "Put You In A Room"
I think the gates of Heaven open every time Onika sings. Surely, I hear harps and the harmony of angels from above. Naw lol but for real this song is a different sound for her. Beautiful, to be honest.

22. "Truffle Butter" (Feat. Drake and Lil Wayne)
I'm still the highest selling female rapper for the record. Bitch you better SLEIGH. Wayne should've gone first a la 'Kings of Comedy', then Aubrey, and let Onika spit her hot fire at the end. Your whole style and approach, I invented/And I ain't takin that back, cause I meant it.

"The Pinkprint" gave me everything and more. I didn't know what to expect from her single releases but who knew that it could only get better? This album is her musical diary unfolding before us, track after track. She gave us range, bars, vocals, and without a doubt the total package. Onika is truly at the top of the rap game right now and whoever believes otherwise is delusional.

"The Pinkprint" is online and in stores NOW!